Jumia re-orients consumer proposition as it seeks path to profitability 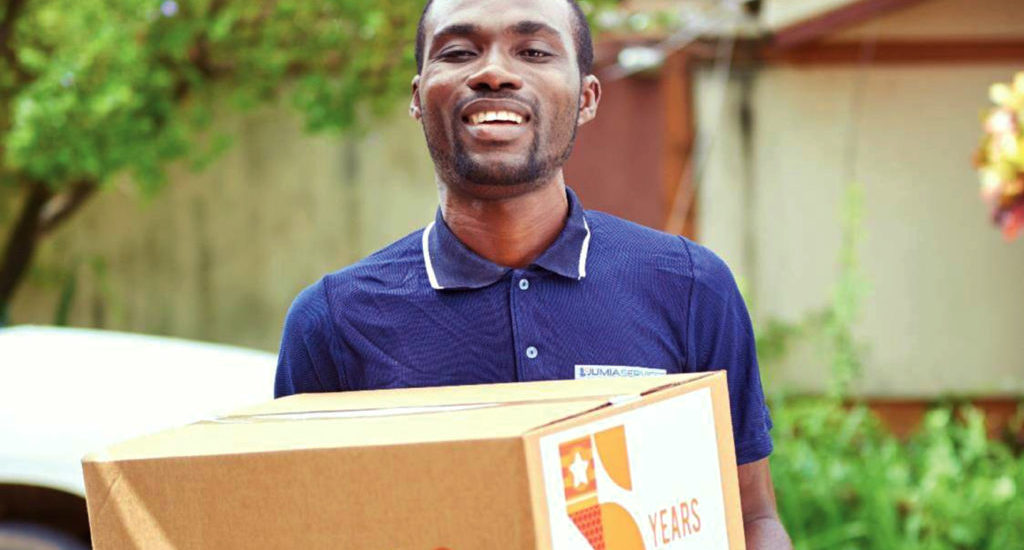 Having exited the Cameroonian, Tanzanian, and Rwandan markets over recent months and reoriented its marketing efforts towards lower-value items, internet retailer Jumia saw its gross merchandise value (GMV) decline at an annual rate of 3% during Q4 2019, from €311 million in Q4 2018 to €301 million. However, for 2019 as a whole, GMV rose at an annual rate of 33%, to €1.1 billion.
Founded in Germany but now headquartered in Lagos, Jumia is backed by the likes of Mastercard, MTN Group, Goldman Sachs, Orange, and Pernod Ricard. It currently operates in 11 African markets, including Egypt, Morocco, Côte d’Ivoire, Nigeria, Ghana, Kenya, Senegal, and South Africa.
Jumia’s average order value declined by more than a third (35%), from €56.20 to €36.40, between Q4 2018 and Q4 2019. However, the number of orders it processed increased by 49%, from 5.5 million to 8.3 million, over the same period. Speaking on a conference call, co-founder and co-CEO Sacha Poignonnec commented that Jumia had reduced its focus on such big-ticket items as consumer electronics and smartphones and shifted towards sales of “higher frequency items.”
Jumia is also benefiting from greater economies of scale: In Nairobi, where the number of packages it shipped rose by 128% during 2019, its freight and shipping costs per package declined by 24%. Significantly, gross profit per order after fulfillment expenses has turned positive for the first time – from a loss of €0.37 in Q4 2018 to a profit of €0.12 during Q4 2019.
Adjusted EBITDA (which excludes €2.2 million of restructuring general and administrative expenses related to “portfolio optimisation” and “headcount rationalisation” initiatives) widened from -€48.6 million to -€51.2 million between Q4 2018 and Q4 2019. However, adjusted EBITDA per order narrowed by 30%, from -€8.78 to -€6.19. Jumia had a cash balance of €232 million at the end of the year.
The Sagaci Retail View: Jumia’s shift in strategy away from big-ticket items, which the bulk of African consumers (particularly in sub-Saharan markets) struggle to afford and remain very reluctant to buy online anyway, is a sign that it is adjusting its business model to local market conditions. Meanwhile, it is forming partnerships with the likes of Carrefour franchisee Majid Al Futtaim in Egypt and Kenya and Leroy Merlin in Côte d’Ivoire as it seeks to become the backbone of e-commerce fulfillment in Africa.
While its rate of cash burn remains a major worry for investors (its share price plunged by 28% on the day these results were released, to less than USD4 – a fraction of the USD14.50 for which it listed on the New York Stock Exchange less than a year ago) and its unicorn days are now a fading memory (its market capitalisation is currently USD240 million), a path towards profitability is emerging as it gains economies of scale and exerts more discipline with regard to marketing and promotional costs.
To see Jumia’s results presentation in full, click here